These are your sub-titles or sub-headlines. Since you should only ever have one H1 on your page or post, all other headlines should be in sequential formatting – H2, H3, H4. By adding these heading “tags” you’re creating a hierarchy within your content with H1 signifying the most important heading, H2 being the second most important headings, H3 beneath that, ect. After your H1, the following headings need to follow a sequential hierarchy, based on their importance. H2, followed by H3, and so on. It’s okay to have two headings back to back, such as an H2 followed by another H2. But what you don’t want is, for example, an H2 followed by an H4. That would break the hierarchy. Again, this can easily be done in the text editor on your site. 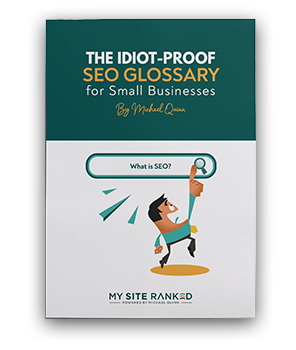 Get the PDF Version!

Finding the time to decode search engine optimization terminology is not easy. To help, I thought I’d break down SEO in a simple, easy-to-understand ebook. Download it now!